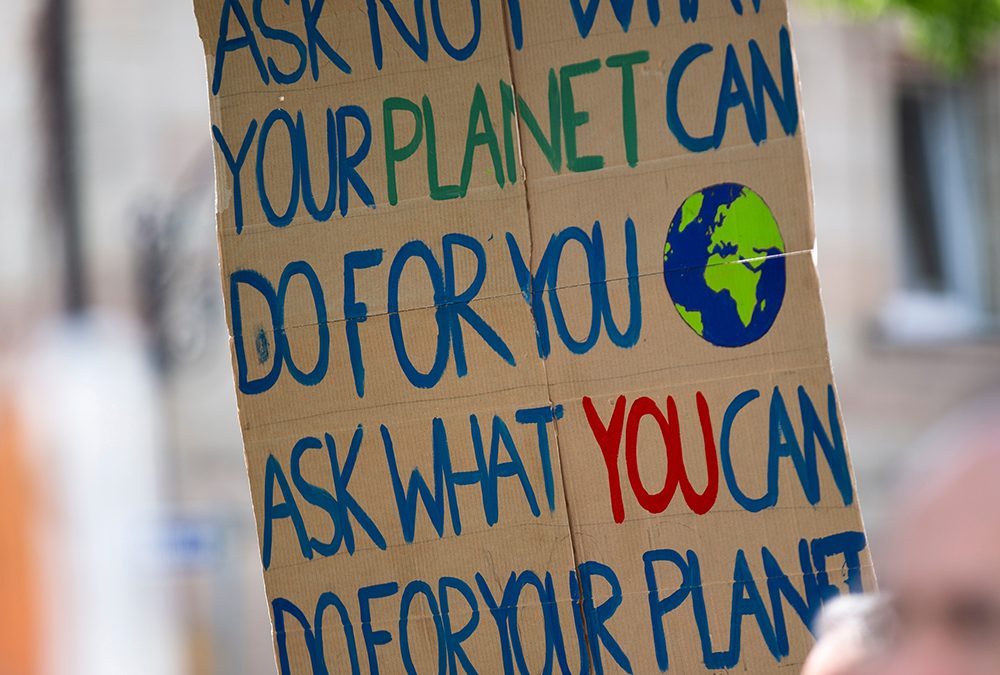 While Trump and his Republican pals still try to throw shade at the Climate Change reality we all face, we are no doubt, in Africa, that we are already living through its realities, and are seeing the signs that it’s going to get a lot worse. The impacts of climate change will increase social and ecological vulnerability and limit their capacity to adapt to changes in the way the environment functions. It is therefore crucial that we learn to adapt to climate change as a society and as the environment around us changes. And as Corporate South Africa wrestles with climate compliance, corporate citizenship, and good systemic implementation of the BEE codes, it’s important to think about how community and environmental resilience are linked, and how they can be supported by sensitive application of economic development efforts.

The Guidelines for Ecosystem-based Adaptation (Eba) in South Africa (SANBI, 2017) describes ecosystem-based adaptation as the “use of biodiversity and ecosystem services as part of an overall adaptation strategy to help people to adapt to the adverse effects of climate change.” It goes on to emphasise that Eba makes use of “well-functioning ecosystems” to further societal and development outcomes.

The concept of Ecosystem-based Adaptation, as posited in the Guidelines, are guided by seven principles which assist in the practical grounding of the values and ideals espoused in Eba. These seven principles are, in turn, focused on four main themes:
1. Building resilience
2. Inclusivity
3. Scale
4. Effective management

For the purposes of this article, focus will be placed on resilience as a component of Eba and the focus will only adopt a social systems lens. To illustrate the veracity of this concept, we thought it would be interesting to link it to a real-life scenario that we have come across in our work in the upper Umzimvubu River catchment the theory of resilience and its components will be woven with a true-life story of a daughter of the amaBhaca nation: Ms Bongi Mafuya.

As a critical, influential concept in complexity theory, resilience can be defined simply as the “capacity of a system to absorb a disturbance and to keep functioning in the same kind of way” (Walker et al, undated). Walker, et al go on to say that a few of the components of resilience are social capital, social cohesion and economic capability, all of which are applicable to Ms Mafuya and her story. Social capital is also an important part of livelihoods theory which recognises the five capitals that contribute to people’s livelihoods and so people learn to depend on them.

Mafuya grew up in KwaBhaca – a region comprising Mount Frere, Umzimkhulu and the surrounding areas. She started her working career as an executive chef at game lodges in Mpumalanga, Gauteng and KwaZulu-Natal, but began to take an interest in the environment. She asked if she could spend less time in the kitchen and more in the veld, and learned some very valuable environmental lessons there. Back home, Mafuya noted that the soil was very degraded, and that black wattle had invaded the rivers. “When I grew up there were huge wetlands in the area,” she says. “And I realised they were no longer there.”

Bongi Mafuya slowly began to understand that the use of “well-functioning ecosystems” furthers societal and development outcomes but to do that she needed to need to make a great change in her own practice: “One week I went home on leave, and realised the environment around my village was in a very bad state,” says Mafuya. “I decided I wanted to go back to my home and do something about it.”

Mafuya left her job, and started an NGO that would focus on the environment and developing the amaBhaca nation. It was at this point that Bongi began to engage in a resilience-based and livelihoods-based approach to Eba, where she began to bring both the natural and social capital, inherent in resilience, together. She began her initiative by networking with likeminded non-governmental organisations (NGOs) in the area, consulting them and knowledge sharing as much as possible. Next, she got the schools in the area on board, adding an hour a week of environmental studies to the curriculum.

Bongi was building social capital, which can be defined as, “an individual’s or group’s ability to secure and obtain resources, knowledge and information through relationships with and among individuals and groups” (NBSSA, 2014). She was relying on and catalysing her social networks; helping to facilitate trust and finding touch-points of shared norms and values – all of which are critical dimensions of social capital. These three dimensions of social capital may also be defined as building social cohesion which is integral to the “social ‘glue’ in regional communities and increase coping capacity in times of natural disasters, such as floods and fires” (Walker, et al). Practically, after deciding that the wattle needed to be cleared away, Mafuya consulted with the local chiefs, who set up and trained task groups of young men to cut and sell the wattle.

But that was just the beginning as she noticed that clearing the wattle was opening up more rangeland that was fast dwindling as a result of the rapid wattle invasion. Mafuya had realised that no one was rotating the rangelands correctly in the region, or allowing portions to rest. So she formed a livestock association, to take on this responsibility. “Cattle just ranged everywhere,” she says, “and the wattle was also encroaching on those rangelands, so the cattle were declining and the system was getting weaker and weaker – it was a destructive, negative cycle. When we cleared up the wattle, the water started to flow again, and the land was restored so that the cattle could thrive.”

Healthy cattle opened up a new commercial opportunity – a cattle auction. “There was some resistance,” says Mafuya. “But we sat with the elders and helped them to understand what we were trying to do. At the first auction we only had 50 cattle, and a lot of people watching. But then they saw other people making money. So at the second auction, we had 140 cattle, and the highest amount they sold for was R30 000. This meant community members were getting market-related prices and no longer struggling financially.” This intervention, which unlocked financial resources, introduces the third component of resilience, according to Walker, et al viz. economic capability. Walker, et al describe it loosely as “low economic capacity such as high debt: income and % operating costs and low equity” reduces response capacity, and therefore resilience. This concept is further expanded as part of the financial capital understanding of a livelihoods approach which speaks to concepts of the capital base like cash, credit/debt, savings, and other economic assets, including basic infrastructure and production equipment and technologies. These are critical forms of financial capital or economic capability in the words of Walker, et al.

Mafuya took the venture to other villages. She would talk to the chiefs and explain how it all worked. More livestock associations were formed, and more people started to clear away wattle. The livestock associations are also in partnership with Meat Naturally – a social enterprise that engages and develops the communal livestock sector to encourage sustainable use of natural resources. What many don’t realise is that 50% of the cattle in South Africa belongs to communities like the amaBhaca, but 95% of the meat that is sold comes from commercial feedlot sources. Cattle also have to be traceable – this includes details like where they were born, and a full inoculation record – before communities can benefit from selling their cattle for meat on commercial markets.

Today Mafuya not only continues her NGO work, but is also a training partner for Avocado Vision, where she trains communities in financial literacy and other enabling life skills. Avocado Vision is the company implementing the Green Business Value Chain (GBVC) with funding from the Department of Environmental Affairs. The GBVC is a systemic commercial response to the serious challenges associated with the battle against the invasion of alien plants. It may seem like a small matter, but records show that they currently take up between 3% to 6% of South Africa’s useable water – in a water-scarce country that’s water we cannot afford to lose! Despite spending R2 billion a year on invasive-clearing activities, research indicates that about R12 billion a year needs to be spent on their management and eradication. It is clear that new approaches need to be found.

“We have seen this approach work time and time again,” says Jules Newton, programme director for the GBVC. “Clearing aliens strengthens South Africa’s water security, but there’s also enormous benefit for the economy, and the livelihoods of the communities in the area, thanks to the businesses it stimulates as a result.”

Newton’s words succinctly summarise the story that Bongi owns; a story that displays great innovation as it mobilizes social capital, social cohesion and economic capability, all critical components of resilience, for a social-ecological system. This innovation also displays an example of what is possible from a rural development perspective in the face of a changing climate.