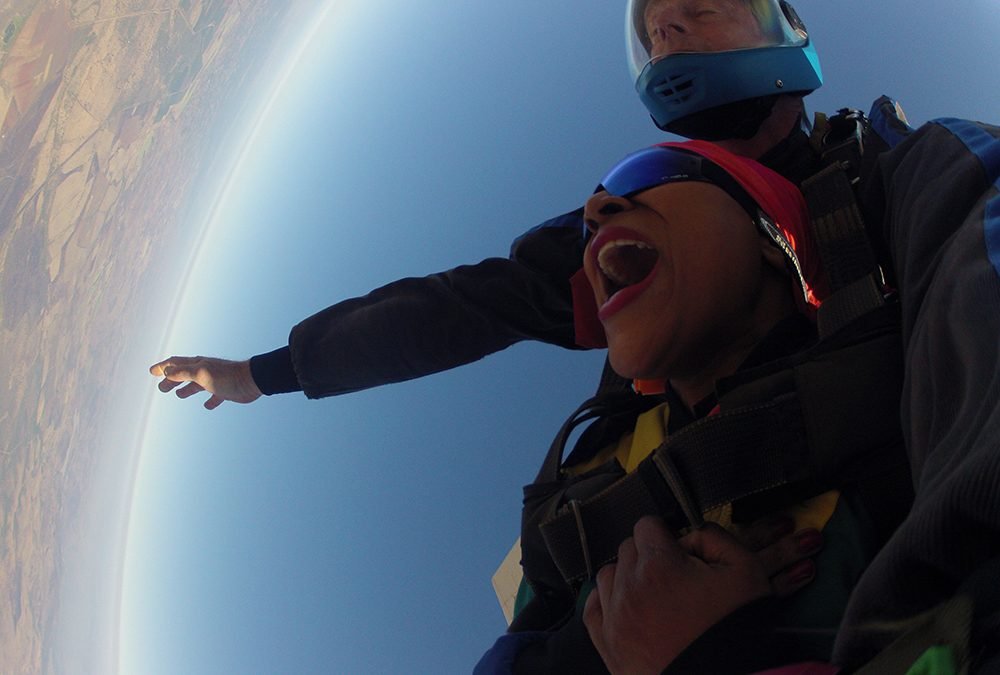 “We work tirelessly to protect the rhinos, as they are at risk of extinction because of relentless poaching by international criminal syndicates,” says Truman, who is from one of Thanda Safari’s neighbouring Zulu communities, and who started out as a guide on the reserve 15 years ago, and rose through the ranks to become Thanda’s Reserve Manager.

Thanda Safari, part of the Thanda Group, is a founder member of Project Rhino KZN, and is helping to fundraise for Project Rhino through the novel skydive – a first for Truman and Princess Nandi, who is the first member of the Zulu Royal family to skydive.

The plane will took off from Hluhluwe Game Reserve’s airstrip. Please join us in supporting Project Rhino KZN, and in helping to raise at least R20 000 (approx. £1000) by sponsoring Princess Nandi’s skydive. Send a personal message and donations to www.backabuddy.co.za/jumping-for-rhinos

As soon as she returns to Earth, Princess Nandi will fly to London where she will be the Royal Guest alongside Countess Alexandra of Frederiksborg at the Star for Life Charity Gala Event, hosted by the Thanda Group. Star for Life was established in 2005 by Christin and Dan Olofsson. the founder-owners of The Thanda Group.

Star for Life is a Thanda-led, school-based empowerment and HIV and AIDS prevention programme that started at a school near Hluhluwe, and now reaches young people at over 100 schools with its message and song AIDS-free, that’s me. It empowers young people to change risky or negative behaviours and achieve their dreams of a bright future. Princess Nandi is a role model for millions of young Zulu woman whom she encourages to focus on education as their ticket to personal empowerment and freedom.